NEXT DAY DISPATCH WHEN ITEM ARRIVES

The very first “Chaos” monsters were used by Yugi in his Duels against Mai and Pegasus, but the new Toon Black Luster Soldier has a lot more in common with the upgraded Envoy of the Beginning model from Invasion of Chaos – complete with the ability to banish your opponent’s monsters! In addition to this towering titan of toonacity, Toon Chaos has more new cards for your Toon Decks to vastly increase their speed and stability! Having trouble tuning in to the Toons you were looking for? Check out the new Spell Cards in Toon Chaos that let you channel surf until you find the Toons you want, right out of your Deck!

For the ever-popular Chaos theme, Toon Chaos also introduces new Chaos versions of older monsters, like the Chaos Creator that can simultaneously Special Summon a banished monster and return other banished monsters to the Deck! Toon Chaos has 3 new Chaos monsters for Decks full of LIGHT and DARK monsters, including a boss monster that fits perfectly into the “Dream Mirror” strategy from Rising Rampage and Chaos Impact, plus new cards to help you find those monsters and Summon them. Let the chaos commence!

In addition, you can prepare for the Rise of the Duelist booster set with a pair of fiery new Noble Knights and get ready for the biggest competitions of the Summer with another chance to pick up Pot of Extravagance! Toon Chaos will also debut the long requested “Collector’s Rare” rarity for the first time outside of Asia. Fifteen cards will appear in a glorious new form you’ll have to see to believe!

7 cards per booster
24 boosters per display 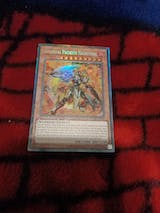 Even though what I thought I bought was a 1st edition toon chaos box. The delivery was on time and i couldnt be more happier.

Everything was acceptable, pull rates were a little dismal however

Prompt postage and great to deal with!

Very pleased with the price and delivery speed

All pre-orders are subject to the Gameology pre-order policy found here.

By purchasing a pre-order from Gameology you agreeing to all terms and conditions listed in the Gameology pre-order policy.

AVAILABILITY: Out of Stock

Say Anything is the hilarious “get to know you” party game about what you and your friends think. “What’s the worst thing to say to a cop after being pulled over?” Be creative. Be outrageous. Be opinionated. This is your...

Gloomhaven Base Edition Board Game IN STOCK NOW!

Betrayal at House on the Hill Board Game

VENDOR: Wizards of the Coast

The creak of footsteps on the stairs, the smell of something foul and dead, the feel of something crawling down your back - this and more can be found in the exciting refresh of the Avalon Hill favorite Betrayal at...

The goal is to raise the oxygen level and temperature and to create enough ocean coverage that the planet is habitable. In Terraforming Mars, you play one of those corporations. You earn prestige by contributing to the terraforming process and...

Brand New *CATAN 5TH EDITION CITIES & KNIGHTS Family Board Games*Best Seller Flourishing trade brings prosperity to Catan. However, all this wealth also attracts barbarians. The knights of Catan are needed! The expansion can also be combined with "Seafarers’¢"Áí¢í‰?and "Traders...

Even though what I thought I bought was a 1st edition toon chaos box. The delivery was on time and i couldnt be more happier.

Everything was acceptable, pull rates were a little dismal however

Prompt postage and great to deal with!

Very pleased with the price and delivery speed

PROCEED TO CHECKOUT VIEW CART
Your cart is empty.

Have a question? You may find an answer in our FAQs.
But you can also contact us: